Meet the Staff and
Board of Family Promise

"Leading the fight against homelessness, one family at a time." 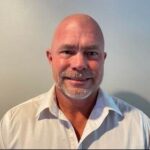 Rev. Brian Diggs has over 20 years of experience leading United Methodist congregations and non-profit organizations into deeper action and commitment to mission. He was the director at UMCOR (The United Methodist Committee on Relief) West Office and Depot since it opened in 2009. Prior to working with UMCOR, Diggs served as senior pastor of First United Methodist Church in Salt Lake City for 10 years. Since arriving in Salt Lake City in 1997, Rev. Diggs has supported the work and mission of Family Promise and is excited to help lead Family Promise in our continued effort to provide housing and sustainable independence for homeless families. Rev. Diggs is an ordained clergy person in the Mountain Sky Annual Conference of the United Methodist Church and received his M. Div. from the Duke Divinity School in Durham, North Carolina. His focus was on liturgy as ethical formation. 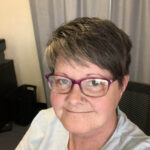 Lisa Fladmo comes to Family Promise Salt Lake with over 15 years of experience working in the Behavioral Health/Social Services field in many different capacities. Lisa moved to Salt Lake City from her home state of Montana in 2020. She is married to Amy, they have a 9-year-old daughter named Irie, and 2 small dogs, Bailey and Luna. Together, they love spending time in the outdoors camping, fishing, and hiking. 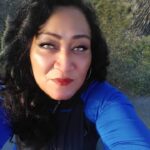 Selaima comes to Family Promise Salt Lake speaking four languages – English, Tongan, Samoan, and Spanish. She has offered her services on a volunteer basis because she believes in the mission and vision of our work. 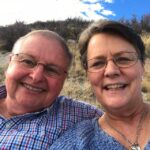 Becky Buxton, a former Professor at the University of Utah, and Bill Woods, a retired law enforcement officer, are long-time supporters of Family Promise Salt Lake. As members of First United Methodist Church of Salt Lake City, Becky and Bill often volunteer while FPSL guests are sheltered at their church. Now that they are officially retired, they are working to expand Family Promise Salt Lake’s shelter programs. 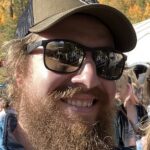 Alex Young has been a web developer for just about 10 years and started working with Family Promise in 2017 by helping them create a new website. His pastimes include video games, hiking/camping, and hanging out with his wife of 9 years and two daughters.

Pastor Robin Swope has been a minister for over 30 years and has served in churches in Pennsylvania and New York states before coming to Bountiful, Utah. He has also served as a Short-Term Missionary to Africa and worked with the homeless and street gangs in New York’s Hell’s Kitchen. Rev. Swope has a B.A. in Biblical Literature and a Master of Divinity in Counseling and Alternative Religions. He is a published author of 8 books of his own and appears in dozens of compiled works by other authors, in topics ranging from self-help to the supernatural. Having experienced poverty and homelessness himself, Rev. Swope has a personal connection to the disenfranchised. 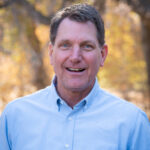 Rocky Cox moved to Salt Lake City in 1985, right out of college in Arizona. He is married to Jill, a school teacher, and they have two grown boys and a grandson. He and Jill lived in Sugarhouse for 28 yrs. He is employed with Buddy Brown Associates since 1985 being an independent rep in the office furniture industry. They have been members of Wasatch Presbyterian Church for 25 yrs and had been involved with Family Promise at their church over the years. They have also been involved with Catholic Community Services and the Soup Kitchen for over 20 years and make it a ritual to be there on Wednesdays to serve. Rocky jumped at the opportunity to get more involved with Family Promise when they recently were looking for board members.

Rev. Brigette Weier is the pastor of Our Saviour’s Lutheran Church in Holladay, UT. She has ten years of partnership with Family Promise in both Colorado and Utah. She is honored to serve the SLC Family Promise board as chair because ending cycles of homelessness and poverty are a priority for her in her life of advocacy and service. Rev. Weier is married to Mike and together they have two grown children, Kayla and Andrew. 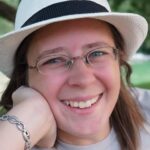 Doni Ricci attends Our Saviors Lutheran Church where she has volunteered with Family Promise for 17 years and sung in the Praise Band for 3 years. She has worked as an educator since 2009 and is currently a home school teacher. She is also on the board of and volunteers for Friends of the Salt Lake City Library. She joined the Family Promise Board in November of 2020 and hopes to serve in areas where homelessness and mental health issues intersect. She enjoys learning, typing, condensing, and organizing and is happily using those skills as secretary of the board! 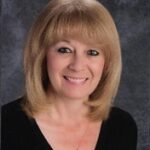 Tonya Woolsey has been involved with Family Promise of Salt Lake since around 2003 when it was the Interfaith Hospitality Network. She is currently the church coordinator for Trinity United Methodist Church. She is employed with Jordan School District in the Life Design Program and has worked with students in transition programs for over 22 years. She is also involved with the Humane Society of Utah, Kearns Babe Ruth Baseball League, Kearns Town Council, and as a PTA President. The Family Promise’s Mission is especially important to her and she is honored to serve on the Family Promise Board. 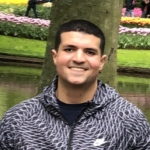 Rod Emam was born and raised in Salt Lake City as the son of two Iranian-American immigrants. He is currently employed as the program director at The Rising Sunset Proctor Care Services. Rod also serves on the board of directors and is project manager for the Siaosi Brown Dialysis Center which is Tonga’s first dialysis center. He enjoys reading about history, martial arts, basketball, and swimming. The Family Promise Mission is very important to him and feels very privileged for the opportunity to serve. 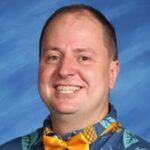 Cole Wilkes is from Afton Wyoming. He was born into a family of entrepreneurs. He worked for multiple family members in various businesses while growing up, as well as working the family farm until going to Central Wyoming College to study broadcasting. After working for the local Fox News Affiliate, he eventually found his true passion which was teaching and helping students succeed. He currently teaches multiple elementary grades for Davis School district. 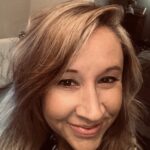 Nicole Griffin Farrell is Corporate Counsel at Dyno Nobel, Inc., an international explosives company. Prior to joining Dyno Nobel, she was General Counsel at Apartment Management Consultants, LLC, a nationwide property management company, and a shareholder at the Salt Lake City firm of Parsons Behle & Latimer, where she practiced litigation and employment law. Nicole keeps busy with her family, including her husband and three kids.  She spends as much time as possible in the outdoors, traveling, and reading. She is passionate about social justice, assisting those with physical and mental disabilities and illnesses, and eliminating homelessness. She is excited to be part of the Family Promise Board of Directors. 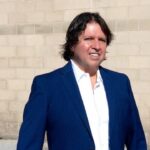 Deven Moreno is the founder of Blue-H20 Business and Brand Consulting, Business Management, Business Creator, and Systems Guru. Over the past 30 years as an owner and C-level restaurant developer, strategic plan implementer and operator, Deven Moreno has co-created and helped expanded three multi-million dollar restaurant brands to national level recognition. His reputation as a system guru for fast-paced restaurant roll-outs and financial operating system controls has been recognized in various articles in Forbes, Restaurant Business Magazine and several national TV networks including Food Network. Having served on non-profit boards in the past, Deven brings a wealth of experience and passion to Family Promise Salt Lake. 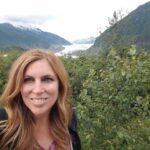 Melanie Louviere has worked in the nonprofit field for 13 years and is currently the Service Learning Director at Entheos Academy. She graduated with a master's degree in Professional Communication in 2020 and is excited to put her new skills to work helping FPSL with marketing. Melanie served a mission to Hong Kong for the Church of Jesus Christ of Latter-day Saints and she and her husband, Anthony, have 4 children. 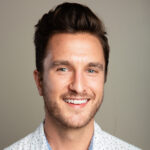 Stephen is the recipient of the 2019 Inclusion Award from Better Homes and Gardens Influence Partners. As an outdoor enthusiast and vegan, Stephen enjoys camping, hiking, cooking, gardening, reading and meditation. As part of his vision Stephen maintains a Utah Lifestyle Blog (BetterWasatchLiving.com) and produces and hosts two different web series: The Scrappy Duo, an earth-friendly series for kids, and What's Up on the Wasatch, an extension of BetterWasatchLiving.com. In addition to Real Estate, Stephen is a performer and teaches at The University of Utah School of Theatre. Most recently, Stephen performed the role of Count Phillipe in The Hale Centre Theatre's extended production of Phantom and traveled to Tupelo, MS to perform the title role in Candide with North Mississippi Symphony Orchestra. For 12 years, Stephen lived between NYC and LA as a professional singer and actor with particular success in early musical theater and operetta. Described by the Operetta Research Center as an "Operetta Crusader," Stephen has performed and recorded leading tenor roles in 50+ early musicals and operettas. Find out more about Stephen's performing career at www.StephenFaulk.com. 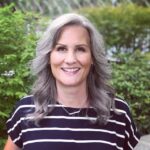 Kim Hannay is the CRA Officer from Optum Bank with decades of experience serving her community. She is passionate about providing opportunities and support to vulnerable populations through her work in affordable housing, small business support and job creation. You can often find her at Jr. Achievement City mentoring a 5th grader, teaching single mothers remanded to drug treatment houses, or at local jr. high or high school working to increase financial literacy. Kim says the best part of her job is meeting, working with, and learning from people in the community who have rolled up their sleeves to help others. Originally from Arizona, Kim loves the sunshine, and any outdoor activity she can enjoy with her husband Steve, their 4 children, 4 bonus (in-law) children, and 7 grandkids. 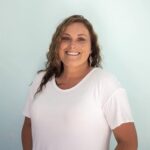 Heidi Lund is a community leader and advocate who strives to be a part of creating systemic change and disrupting cycles of intergenerational poverty. As the current Director of Family Support Center's LifeStart Village, she works directly with families exiting substance abuse, homelessness, and domestic violence. Despite the many challenges she has been presented with in life, Heidi continues to push forward with resilience and determination. Using her personal story, Heidi empowers others on their road to recovery. Heidi is an active member in her community and is a huge believer in giving back to those organizations who have supported her story along the way. She is an active volunteer, speaker, and serves on several boards and committees. In her spare time she enjoys traveling, volunteering, watching sports, and creating memories with her two children.